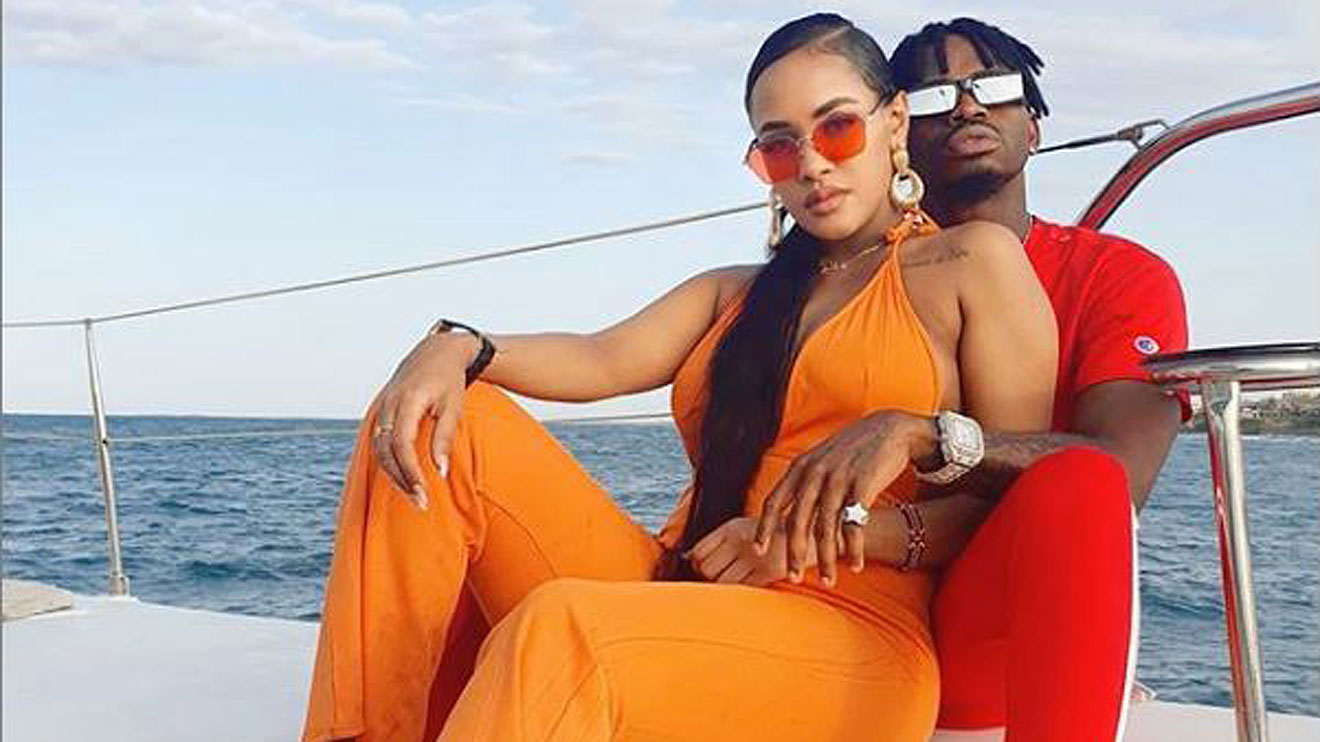 As always, fans are quick to notice the smallest of details about their favorite celebrities, from their publicly showcased extravagant lifestyles, to who they are dating.

Tanzanian musician Diamond Platnumz is one such celebrity who has over the years garnered a myriad of fans both on and off social media, to which cause has led a large part of his life being in the limelight.

And recently, the Tanzanian bongo star jetted out to South Africa to celebrate his daughter Latifah Dangote’s 7th birthday party, an event at which he was spotted getting extra cozy with his Ugandan baby mama and renowned entrepreneur Zari Hassan.

The singer was donning an all-white attire, while Zari was rocking a short sky blue flare dress as they posed for photos in style seeming all so comfortable around each other.

In the video, the two celebrities are seen warming up to each other as Diamond wrapped his arms around Zari’s small waist, while Zari gently laid her hands on the singer’s arms.

They are later seen changing poses for the photos while still holding each other in all smiles.

The video, soon as it was posted on social media made rounds with many of the former couple’s fans gushing over their ‘romantic’ encounter which only built up further speculation about the kind of relationship between them.

Some of the comments shared on the post suggest the two should do a do-over on their relationship, something that neither Diamond nor Zari has responded to yet.

Diamond is rumored to be dating singer Zuchu, whereas Zari has been flaunting her rumored new flame on social media, whom fans speculate could be her next ‘project’.

Zari and her daughter donned sky blue dresses while everyone else wore all-white outfits.

The party was graced by Diamond’s mum, sisters Esma and Queen Darleen, relatives, and friends, some of whom included Tanzanian celebrities.