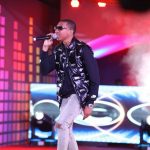 When Gengetone music emerged in 2018, it took the industry by storm. Generally, there had been a desire to have a Kenyan sound and Gengetone came in to fill that gap. The pandemic greatly contributed to the slowing down of the sound owing to the fact that by nature, Gengetone demands hype and works best in gatherings. And whilst some musicians like Trio Mio, Exray and others are doing their bit to keep Gengetone alive, we can’t help but miss the good old prime days. United Kenyans Kenyans love having a good time. Nothing unites this country better than alcohol and music, especially when paired together. At entertainment joints, men and women set aside all their differences once the DJ drops the latest banger. Gengetone has also brought generations together. Parents were curious about the sound and for the first times teens would ask their grandparents who had no idea what Wamlambez (a term coined by Sailor’s Gang) to join in creating their TikTok Videos about the viral term. Even abroad, Wamlambez …Wamnyonyez was accepted as a universal greeting. Introduced us to new Slang Gengetone’s lyrics are delivered in slang. Some of it so deep that only a few truly understood the meaning. For instance there were many different interpretations of what Lamba Lolo by Ethic Entertainment for instance meant depending on who you asked. But this didn’t matter, what mattered was the tune was dope. Other words that quickly caught fire include Pekejeng, Rieng, Bazu, Ngoko, fathela which feature in daily conversations. Increased Kenyan music on the airwaves Kenyan DJs have been accused of playing music from everywhere else except Kenya. Gengetone’s rise was proof that local musicians were resilient. For the first time in a long time, there were many Kenyan songs on the airwaves which was very encouraging for youths interested in pursuing music that their content would be played. This in turn contributed to spotting and development of personalities such Miracle Baby, real name Peter Mwangi who is a TV show host these days. Brought spontaneity and Freshness into the industry Every other day, Kenyans would always wake up to a new artist. Gengetone prided itself in rawness and the lack of flashiness attributed to traditional music videos. The youth did not feel pressured to use a lot of resources to produce their content, what mattered was the psyche and passion. Groups such as Ethic Entertainment, Boondoks Gang, Sailors, Mbogi Genje and many more guaranteed the ready audience that they would always have music to jam to. The sweetest part was that the competition between the many talented groups made it difficult to predict the next buzzing tune you would be vibing to the following day. Catchy lyrics One characteristic of Gengetone music was the catchy choruses that would live rent free in your brain for days. The call and response formula adapted by Sailors gang for example was pretty genius. It would serve to hype up people in events and in many ways assisted in popularising their songs, Wamlambez demanded the response Wamnyonyez, while their Hawa madem wasimame ama wainame got the response Aah wee, wee wainame . The lyrics would be so repetitive that within hours of a music release, you were able to sing along word for word. The rest would be for you to mumble alongside the consecutive verses and before one knows it you are expressing the emotions of the artist even better than they did it.