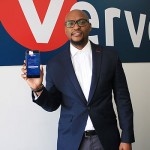 Techie Paul Ndichu has been charged with assaulting five people, including a woman, and causing malicious damage to property. His twin brother Eddie is also expected to respond to the charges at a later date after he failed to appear in court. Paul was, meanwhile charged with assaulting Cheryl Murgor, Chelimo Murgor, and Stephanie Murgor at Ole Sereni Hotel along Mombasa road in Nairobi in October last year. He was also charged with assaulting Samuel Ramdas and Patrick Koech on the same night at the same hotel. The suspect was also charged with malicious damage to property where he is accused of wilfully and unlawfully damaging side mirrors of a car belonging to Ramdas. The two side mirrors are valued at Sh87, 000. Ndichu was released on a Sh100, 000 bond with a cash bail of a similar amount after denying the charges. The case will be mentioned on March 21.   More to follow..