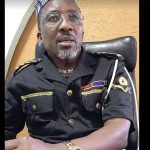 Pastor James Ng’ang’a of Neno Evangelism says he is popular in Kenya owing to his impact in society, rather than claims he is an attention seeker. Known for his theatrics and unconventional ways of preaching the gospel, the controversial pastor is never far from controversy. “There’s no day I did anything for me to trend. It’s just foolish people who cut out parts of the videos of me and share. They don’t like going to the bottom of the story, and figure out what made me say certain things,” he explained in a recent interview. He further detailed that people usually misunderstand him from the videos shared, however, when they get to dig deeper about who he is or what he talks about, they get to have a different perspective. “God can use a donkey and at the end of the day you’ll hear people asking to see this pastor Nganga they are told is crazy, yet when they get to see and hear me they end up concluding that I’m different from what they were told,” The Evangelist prides himself as a spiritual leader saying his spiritual impact in society is what sets him apart because it reaches many people. “Trending is normal. I am a national leader. Even if I were a politician, I would have a spiritual connection because my word gets to many people,” Pastor Ng’ang’a is famed for being a controversial man of the cloth, having been in and out of court a number of times including on allegations of dangerous driving and fraud. The man of cloth proudly revealed in one of his sermons that he is a father to 70 children who are distributed across the country.