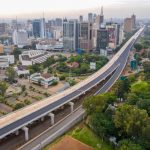 The Nairobi Expressway is yet to be opened for trial, Kenya National Highways Authority (Kenha) has announced.

The confirmation comes amid reports emerged the highly Sh88 billion highway will temporarily be opened for use, free of charge, until March 31.

Meanwhile, motorists shared video clips while driving on the 27km road that went viral on social media with some online users claiming the road had already been opened for the trial ahead of its commissioning by President Uhuru Kenyatta.

“Contrary to speculative information circulating in some social media platforms, this is to notify the public that the Nairobi Expressway is not yet open to traffic,” said Kenha said on their official Twitter handle.

“As the contractor nears completion, and in preparation for the eventual opening of the road to the public, there will be guided trials to test the operations of the system that has been installed.

“Being a key road that is expected to decongest the city, the Authority shall inform the public in advance, but at an appropriate time on arrangements to open the road to the public,” it added.

Once the road is complete, motorists are expected to pay between Sh100 and Sh1,550 in toll charges, depending on the size of the vehicle and the distance covered. The charges will be dollar-based to cushion the Chinese operator from exchange rate losses.

According to Transport Cabinet Secretary James Macharia, motorists who opt to use it will need to purchase a special toll payment card.

Drivers will be able to use the partially elevated expressway above Mombasa Road to avoid traffic jams below.

“There is a technology which they are bringing in, which will require drivers to have a card that they will load (with) money and then they can use the expressway without stopping along to pay with cash,” he said.

“It will almost be continuous, if you haven’t paid, it will not open. It will be a cashless system. The technology will require drivers to have a card that they will load (with) money and then use the expressway without stopping along to pay cash,” said the CS.

The dual carriageway will have 11 interchanges, including the standard gauge railway terminus at Jomo Kenyatta International Airport, the Eastern Bypass, the Southern Bypass, and Enterprise Road.

The building of the expressway was launched by President Kenyatta in October 2019 and it is the first public-private partnership road project in Kenya.

The concessionaire (CRBC) is responsible for designing, financing and building the expressway, and will maintain and operate it during the concession period.

The PPP arrangement allows private investors to own infrastructure projects for a given period to recoup their funds before ceding the ownership to the State.

On completion, the road is expected to ease traffic flows in and out of the city centre.

Moja Expressway, a subsidiary of CRBC, will operate the road for 27 years to recoup the money through toll fees.

As of February, the project was 95 percent complete according to Mr Macharia.

In December, President Kenyatta made an extensive inspection tour of the expressway during which he expressed satisfaction with the progress of the key road.

Once completed the 8-lane elevated dual carriageway is expected to significantly decongest Mombasa Road and reduce travel time between Mlolongo and Wetlands to 20 minutes.