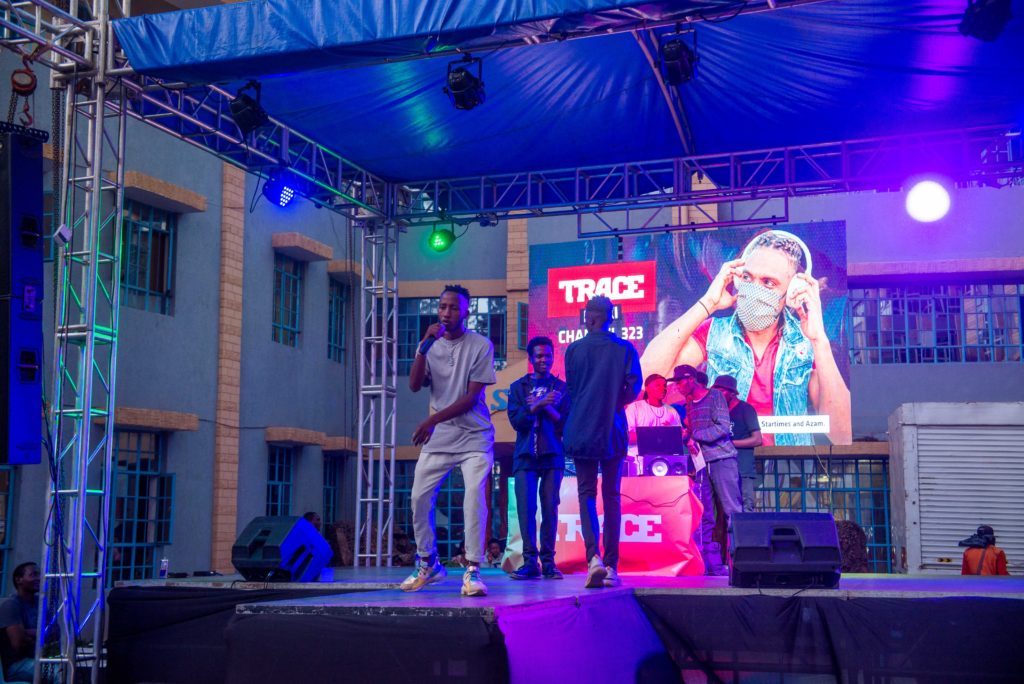 Trace Eastern Africa, an urban entertainment and edutainment channel, on Friday launched its first of a kind series of entertainment tours with a thrilling performance from one of the top musicians in the country. Targeted at university students, the campus tours themed “Trace in the City’ feature a fusion of music, games and entertainment offering the young campus crowd the best the industry has to offer.

While at Mount Kenya University (MKU), Trace FM mid-morning show host, Jo Jo Kibare said that the tours are not just about artistes performing, but about encouraging new talent on the ground to step out and be found. In addition to super entertainment from artistes like Mejja who performed live on stage at Mount Kenya University, young creatives and talented campus students got the chance to showcase their various skills and talents live on stage to their peers and the Trace Fm crew.

“The creative industry presents a huge opportunity for job creation for the youth and hence the need for Trace to conduct the tours in line with our vision to entertain and empower our fans. We will also be conducting masterclass sessions on the day with the students via platforms that discuss various topical issues with industry experts and the students in future Trace in the City tours. We aim to do 8 tours across various institutions of learning across the country in 2022” Said Danny Mucira, MD Trace Eastern Africa while peaking on the channel’s decision to embark on the campus tours. The Mount Kenya University Trace in the City tour is the first of 8 scheduled tours targeting over 25000 campus students in 6 towns across the country.