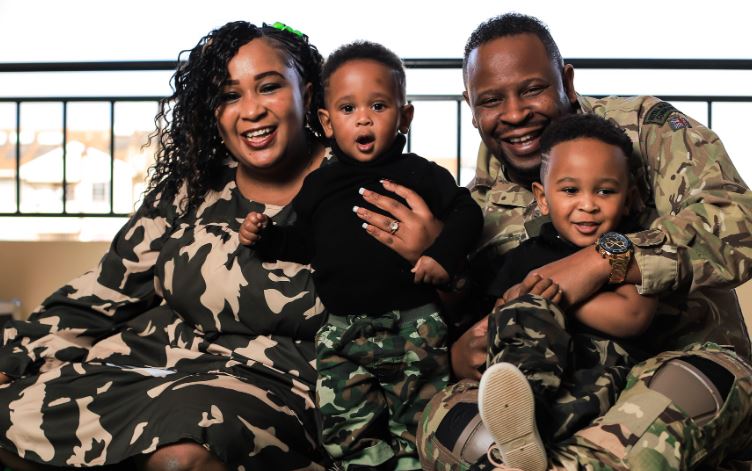 For decades, the name Muiru has been synonymous with church crusades and music videos of youth dancing to gospel music. I’m talking about Pastor Pius Muiru of the Maximum Miracle Center and the once famous Kuna Nuru Gizani (there is light in the darkness) TV programme.

So famous and well-attended was Pastor Muiru’s church that back in 2007 he raised the minimal capital required by law to vie for the presidency. He came in fifth among nine presidential aspirants with 9,667 votes.

After the election, Pastor Muiru took a back seat from the limelight and his son, Andrew Muiru alias Andrew Young, received the baton. He is currently a pastor at Maximum Miracle Center as well as a Director at Nuru TV.

Andrew married his wife, Edna Wairimu Young, about four years ago in a lavish ceremony attended by family, friends and invited dignitaries at the Christ Is The Answer Ministries (CITAM) in Karen. Months later in 2019, Andrew and Edna announced that they were expecting their first child, a boy.

“Baby Bump 1 – She completes my world, now she is the wife of my youth, mother of my kids and the one God kept for me. May the Lord give me strength to be everything I need to be to them. Love you babies,” Andrew celebrated the pregnancy.

In 2021, the couple announced their second pregnancy with another glamourous baby bump photoshoot. Their second baby, a son, was born on the same day Andrew celebrates his birthday too.

“Children are like a weapon in the hands of a warrior. They are a blessing placed in our hands as the purpose that needs to be released. We raise them in obedience to God. Our success in this mission is not on what we provide only but also how we enable them to accomplish greatness,” Andrew said in his announcement.

Taking to social media on Saturday August 20, 2022, Andrew posted photos of his “birth mate” and his family in celebration of their birthdays. The photos charmed his followers who wished them well in their lives.