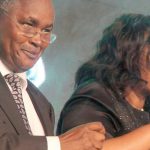 The Kenya Revenue Authority (KRA) has reached a deal with Keroche Breweries over a payment plan that will aid the beer maker to remain afloat. The taxman announced on Tuesday the brewery had agreed to pay Sh957 million tax arrears in 24 months. In return, KRA will lift agency notices issues on banks that have been offering services to the alcohol firm. The move comes days after the latter stopped the taxman from recovering Sh9.1 billion in taxes from its accounts. Last week, KRA disclosed that Keroche Breweries owed them Sh22.79 billion in unpaid taxes. KRA had closed the firm owned by Tabitha Karanja and she responded by indicating she will be forced to lay off over 250 employees. Additionally, over two million liters of beer in the company’s storage tanks worth Sh512 million which requires Sh30 million monthly to maintain was at stake, Karanja claimed. Attributing the delay in payments to the pandemic and its effects, Mrs Karanja said the government needed to re-evaluate the post-Covid-19 effects and the impact they had on the different sectors of the economy in order to formulate policy measures that will rejuvenate the players and by extension the economy.