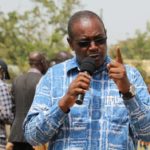 Evans Kidero is set for a convincing victory in the Homa Bay gubernatorial race if elections were held today. According to the latest opinion polls conducted by Mizani Africa, Kidero, formerly Nairobi governor, enjoys massive support in the county and would garner more than double the votes his closest challenger, current county Women Representative Gladys Wanga would attract. The poll findings show, Kidero, who lost the Nairobi gubernatorial race to Mike Sonko in 2017, has a 44.1 percent approval ratings while Wanga comes in a distant second with 21.6 percent. Former Kasipul Kabondo Member of Parliament Oyugi Magwanga was third with 15.3 percent approval ratings while ODM chairman John Mbadi came in fourth with 13.0 percent. In the contest, which sought to find out the most preferred candidates in the county, Kidero who has extensively campaigned his home county since shifting base from the city would emerge tops making him the first governor to successfully run two counties since the advent of devolution. The survey was conducted over a period of 10 days between March 8th to March 18th, 2022. Majority of Homabay residents said in the survey that they would be comfortable with a Kidero governorship as compared to other candidates in the race. Others who made the cut in the poll are Isaiah Ogwe who managed 2.5 percent, Hammilton Orata would get 1.6 percent while Kenya Union of Post Primary Education Teachers (KUPPET) Secretary General Akello Misori would only manage a paltry 0.4 percent while 1.5 percent of the respondents are undecided. Current governor Cyprian Awiti is not eligible to contest, having served two terms.