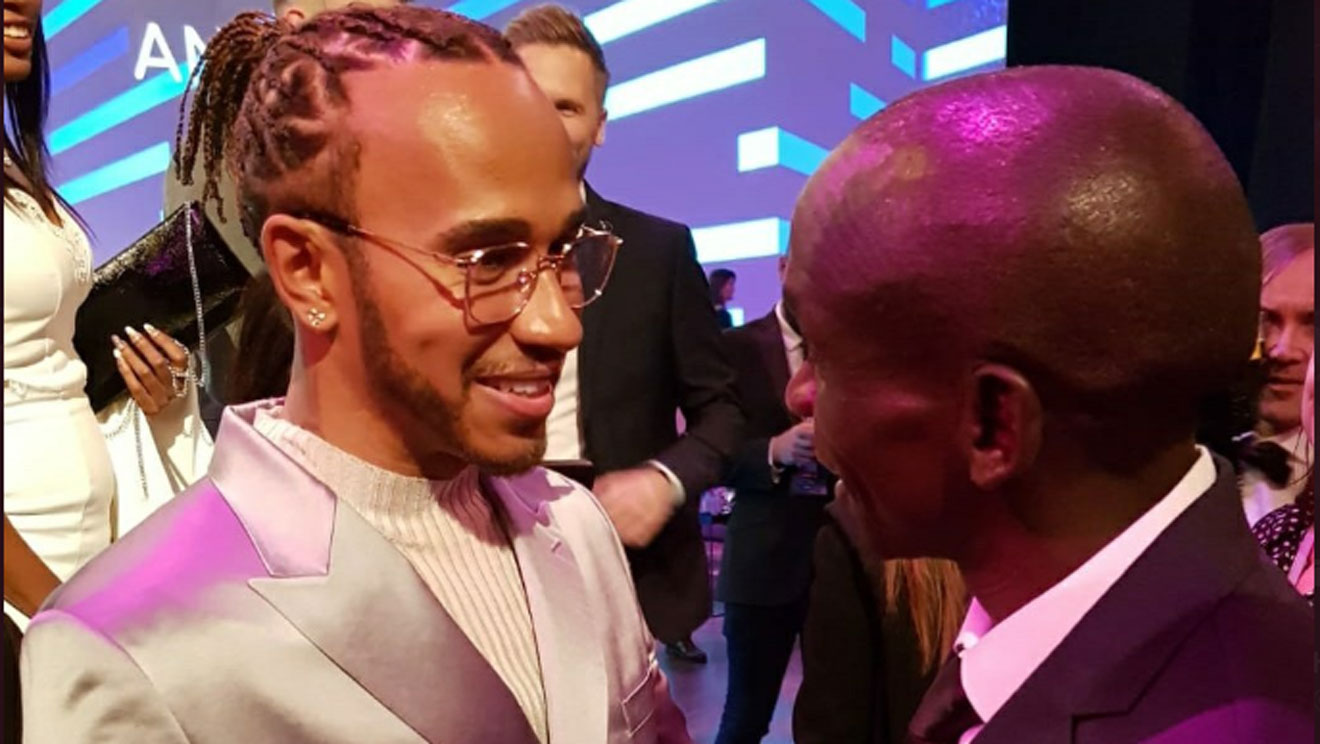 Popular British race-car driver Lewis Hamilton has been on an African adventure and Kenya was on his list of must-visit countries.

Lewis revealed his holiday plans by sharing what he has been up to while in the country.

The Formula One champion talked about his love for animals posing for photos with baby giraffes and elephants.

It is not clear if he adopted any of the animals as is tradition for visiting stars.

At the Sheldrick Wildlife Trust (SWT), one of Africa’s oldest wildlife charities and a leading conservation organisation, visiting tourists and Kenyans are allowed to adopt an orphan elephant, rhino or giraffe.

Check out Lewis hanging out with an orphaned giraffe and elephant at the Reteti Elephant Sanctuary is a Samburu community owned and run wildlife sanctuary in Northern Kenya. Reteti rescues orphaned and abandoned elephant calves.

Earlier the renowned F! driver was in Rwanda where he enjoyed the country’s nature. He joins the list of sports personalities who have toured Kenya in the recent past.

Check out the GOAT carrying a goat.

In May, Samuel Eto’o, the retired Cameroonian footballer enjoyed his vacation with his family in Malindi along the Kenyan Coast.

Tyler Onyango the Everton midfielder would follow suit with the latter posted photos relaxing on the beach of Kenya’s coastal city.

Despite reports of divorce, Mauro Icardi, the Argentinian forward with his wife Wanda Nara was spotted feeding giraffes at the Giraffe Center in Nairobi.

Kenya is considered among the best tourist destinations in the world receiving close to Sh2 million tourists every year, a great recovery from the covid-19 era.

With most of the tourists visiting game parks in Nairobi and Maasai Mara, or heading to the Coast to sample the white sandy beaches and soak in the sun, Kenya continues to thrive in tourism, a boost to its Gross Domestic Product (GDP).

The great wildebeest migration is also a catch for tourists. It involves the mass transfer of about 1.5 million wildebeests from Serengeti in Tanzania to Kenya’s Maasai Mara.

The wildebeests travel for 800 kilometres in search of greener pastures and water.