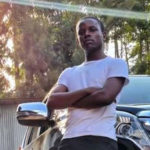 Crazy Kennar, born Kennedy Odhiambo, has garnered over half a million subscribers on his YouTube channel, dubbed Tales of the Crazy Kennar’. The content creator, whose channel now commands a viewership of 501K each month has taken the comedy scene in Kenya by storm with his creative yet relatable skits which have internet users laughing their lungs out in amusement. The student at the Jomo Kenyatta University of Agricultural Technology (JKUA) who is pursuing a degree in Actuarial Science, started his journey in comedy with his friend Stanley Omondi, while both were in their first year of study. That was back in 2017 when comedy Instagram was still in its infancy. With support from his colleagues in college and lots of shares, one video went completely viral in his second year, leading to his breakthrough. The road to that moment, however, had been marred with challenges as the comedian, in an interview with a local publication revealed it would take almost an entire day to shoot just one video. “We would shoot one video for six hours. We were three at the time yet a one-minute video took all day to shoot. The problem was we had just started, but wanted to be pros. We wanted to take overhead shots, establishment shots, have a detailed storyline, etc. Other times we did not have a clear script and by the time we shot, the joke was gone,” said Crazy Kennar. Like many other comedians, Crazy Kennar had always had a passion for acting, however, what sets him apart from his counterparts is his clear-cut preference for content creation. Beyond entertaining and making money, Crazy Kennar and his team use the platform to educate and shine a light on mental health issues such as depression among the youth. Marking his successful stint in content creation, the comic is said to have recently bought a high-end car.