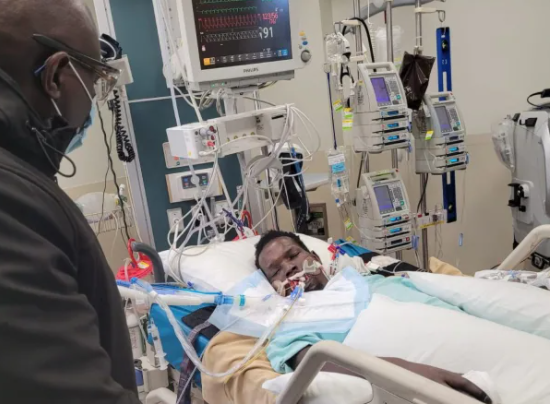 The family of a Kenyan student who recently passed on at a Canadian hospital has been slapped with an Sh50 million medical bill, leading to an outcry among residents and politicians. Tevin Obiga, 25, who until his death was a fourth-year computer engineering student at the University of Manitoba, passed away last week at St. Boniface Hospital’s ICU in Winnipeg, Manitoba Canada. He was admitted in mid-January and moved to intensive care less than a week later after being diagnosed with blastomycosis, a fungal infection that affects the lungs. And as protests over the medical bill, which is considered hefty, rage on, the Canadian media has quoted Manitoba Liberal Leader Dougald Lamont calling on the government to immediately reinstate a program that helped international post-secondary students pay for their health insurance and health care, which was disbanded by the Progressive Conservatives in March 2018. He said: “It’s a pretty low price to pay to make sure students from abroad who study in Manitoba, who bring hundreds of millions of dollars with them, actually can get health care coverage when they need it.” Obiga’s death comes two weeks after his mother got a temporary visa to go and visit him. But then his family last week was slapped with a $517, 764 (Sh50 million) medical bill. The deceased’s family and members of Winnipeg’s African community were trying to raise Sh2.5 million required to fly his body to Kenya for burial when his family received the Sh50 million medical bill.