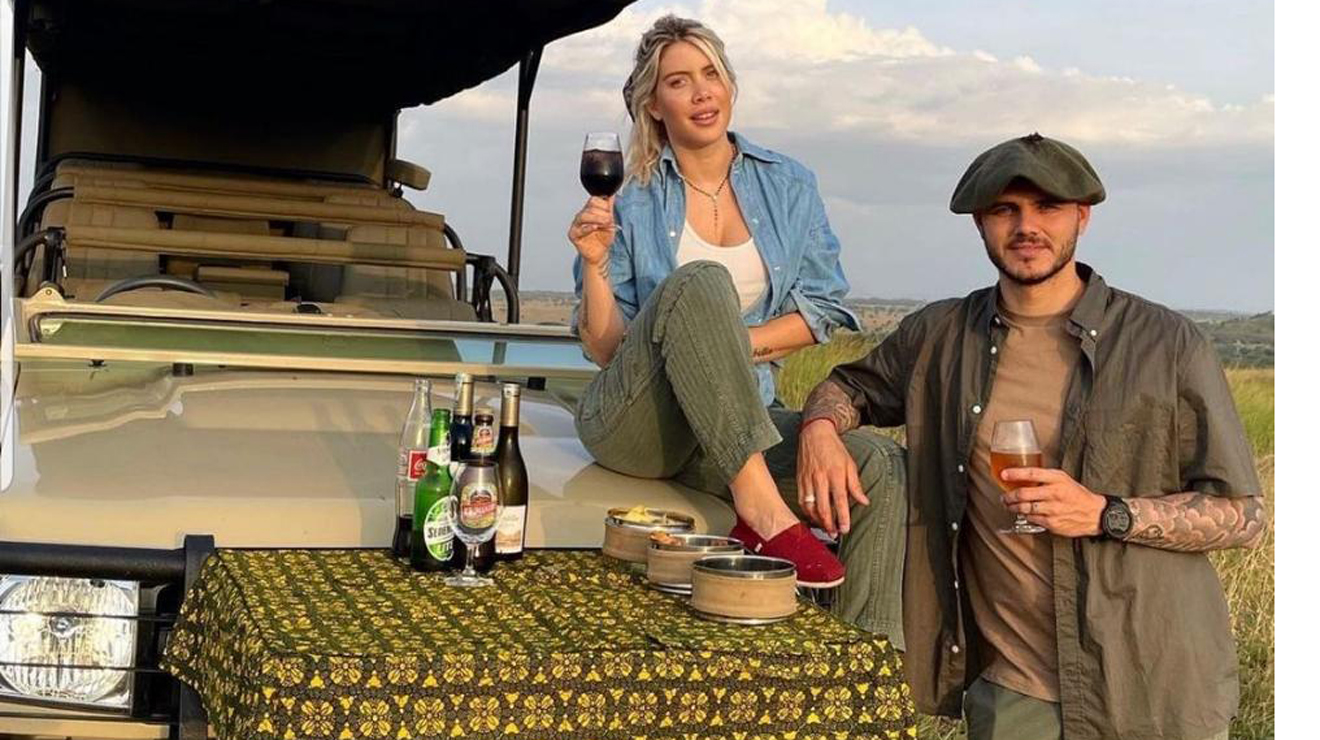 An Argentine footballer who recently flew his wife to Nairobi for a holiday is reportedly fighting to save his marriage.

Reports in the English media indicate the marriage between Mauro Icardi and her stunning lover Wanda Nara is on the rocks, amid claims of infidelity.

“I came to Argentina because I’m divorcing Mauro. I’m planning a divorce right now. I’ll stay a few more days and then I’ll go back to get everything I need. I’m arranging things for the divorce because I can’t take it anymore,” Wanda, a renowned actress reportedly explained in a leaked audio.

It, however, appeared a rosy union just a few weeks ago when the French-based striker, who plies his trade at top club Paris Saint Germain (PSG) was spotted feeding giraffes at the Giraffe Center in Nairobi alongside his model better half.

“It was all possible to live with them and make the giraffes feel in their habitat and be able to satisfy all their needs and help this species to multiply more and more,” he posted on his socials.

The couple is yet to make the split official with both having been active on social media.

She posted a selfie and conspicuously showed off a hand with her sparkling wedding ring still on.

Icardi on the other hand updated a profile picture on his Instagram account showing the pair kissing and a video of Nara on a beach.