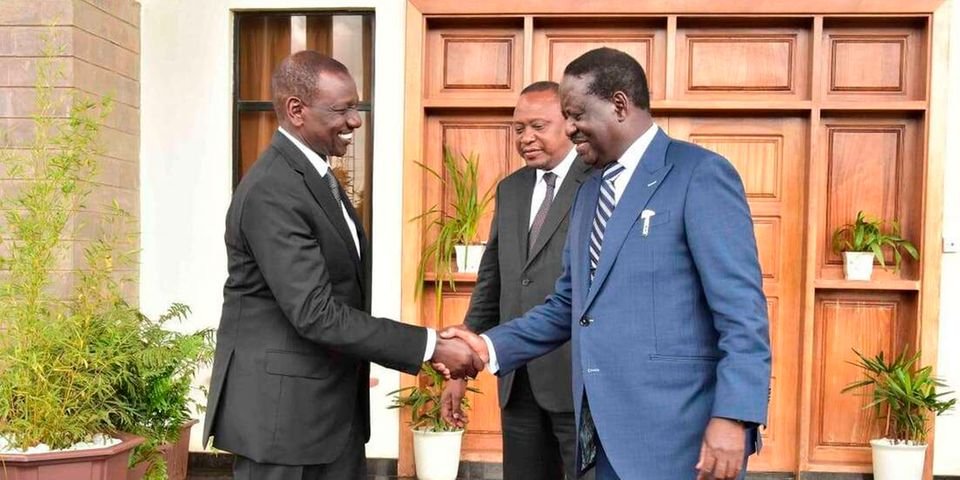 One of the most visible signs that power will change hand in the coming hours is who will be handed over the instruments of power.

This is a Commonwealth tradition which are largely symbolic of the seat of authority and the head of government.

After the Independent Electoral and Boundaries Commission (IEBC) chairperson, Wafula Chebukati, announces the final results of the presidential election, the Assumption of Office Committee will ensure that the president-elect and deputy president-elect are accorded adequate security.

In Kenya, there are only three major instruments of power transition in Kenyan history, the ceremonial sword, the constitution and the 21 – gun-salute to signify transition of power and authority from outgoing to the incoming president.

The ceremonial sword Mzee Jomo Kenyatta received more than 50 years ago will be handed over to the president elect marking the transfer of power and authority.

The sword goes way back to the Japanese dynasty and is made of stainless steel handle and a gold-coated blade, is traditionally kept at the office of President in Harambee House, Nairobi.

The Constitution is handed over as a symbol that the country is governed by the rule of law, which is supposed to be the guide in the choices the President makes.

According to the National Museum documents in the United Kingdom, the gun salutes date back to the 17th century when various troops used the gun salutes to inform the troops they were visiting that they did not have any weapons with them.

All over the world, the 21-gun salute is the highest honour and is accorded to the Head of States during swearing-in ceremonies and while visiting foreign countries.

The first order as President and Commander-In-Chief of the Defence Forces will be to command a break on the Guard of Honour that had been inspected by the outgoing president before he handed over power.

The president-elect announced by Chebukati will take the oath or affirmation, which the Chief Registrar will administer before the Chief Justice no earlier than 10am and not later than 2pm.

After signing the certificate of the inauguration, President Uhuru Kenyatta will hand over to his successor instruments of power and authority.

The Aide De Camp (ADC) will move swiftly from behind Mr Kenyatta and stand behind the new president, then give a stiff salute completing the signal that the guard has changed.

After that, the deputy president-elect will also take the oath of office.

The new president will then give an inauguration speech to Kenyans.

IEBC is expected to announce the winner of the presidential elections at 3pm on Monday.